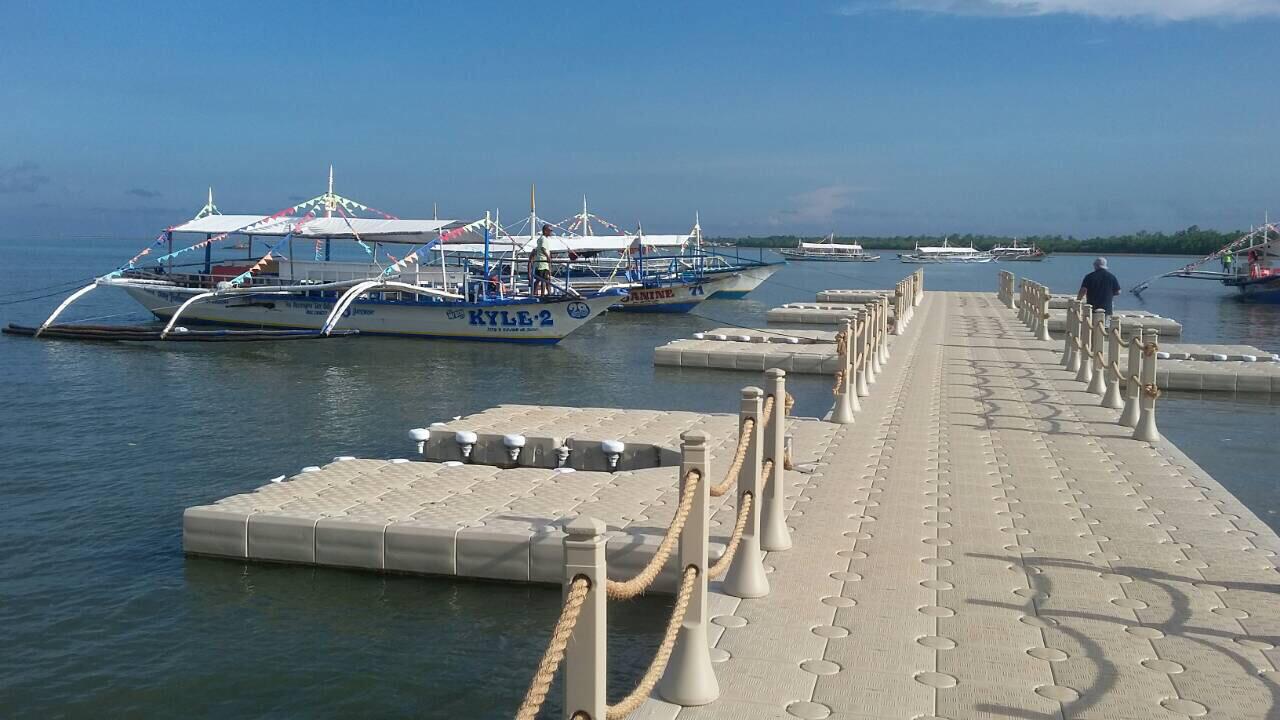 The role of the Tourism Infrastructure and Enterprise Authority (TIEZA) in rehabilitating Boracay and addressing the perennial flooding in the island tops the agency’s accomplishments for 2018.

“We are proud that TIEZA is helping make Boracay a sustainable tourism destination. Through this, generations of tourists will benefit from a cleaner and waste-free island,” TIEZA Chief Operating Officer Pocholo Paragas said. “We are fully committed to complete long-term engineering solutions which will permanently address the problems that beset Boracay."

Role in Boracay Rehabilitation
TIEZA has invested more than P1 billion to address the flooding problem in Boracay when they implemented Phase II of the Boracay Water Drainage Project.

The construction period was shortened to two years instead of the original seven years. The implementation of Phase II is expected to be completed by end of 2019.

TIEZA continues to align its projects to the thrusts of Boracay Inter-Agency Task Force (BIATF) to protect and preserve the island as a prime tourist destination. The TIEZA chief asserted their full support to the efforts of the Department of Tourism (DOT) to promote sustainable tourism and rehabilitate not just Boracay but other major tourist destinations in the country

Investments in Tourism Enterprise Zones (TEZs) and Tourism Enterprises
As of October 2018, TIEZA has already designated five flagship TEZs which is projected to generate one million jobs in a span of 10 years while eight private TEZs with tourism enterprises will create 52,000 jobs during the construction and operation stage, and estimated investments amounting to P80 billion.

TIEZA has also awarded the certificates of registration to the Magikland Cultural Zone inside the Aton Land and Leisure TEZ, Kingdom Stadium inside Kingdom Global City TEZ in Davao, Lazuli and Kabote Beach Resort in San Vicente, and the Signature Suites in Boracay.
Asset Rehabilitation Program
The TIEZA chief explained that since they assumed leadership in 2017, Asset Rehabilitation Program has been the priority of the TIEZA Board of Directors to improve the agency’s owned and managed properties’ marketability and performance. There were short-term repairs conducted and long-term rehabilitation plans laid down for the following six operating assets: Banaue Hotel and Youth Hostel, Club Intramuros Golf Course, Light and Sounds Museum, Balicasag Island Dive Resort, Zamboanga Golf Course and Beach Park and Gardens of Malasag Ecotourism Village.

Paragas remarked that this is the first major rehabilitation program in a decade.

Targeted infrastructure
“We are now prioritizing the construction of tourism infrastructure projects of national interest and significance through the D.R.E.A.M.S thrust -- Destination, Restoration, Eco-sustainability, Agri-tourism, Medical Assistance, and Security and Accessibility,” the TIEZA COO said.

TIEZA reported the completion of 26 projects in 2018, with 112 undergoing construction.

In 2018, TIEZA also installed floating docks to ensure safety and convenience in embarkation and disembarkation on the shores of Palawan, specifically in El Nido and Honda Bay. These were turned over to the respective local government units for proper maintenance and sustainable use.

TIEZA will soon highlight big ticket projects such as the Lighting of the San Juanico Bridge in Leyte and Samar and Rehabilitation of the Banaue Rice Terraces in Ifugao Province which aim to spur tourism development within communities and preserve eco-cultural heritage.

Efficient Travel Tax Collection
“With an efficient travel tax collection, we are able to lay down the foundation for the ever growing and dynamic Philippine tourism industry by providing much needed infrastructure in tourism destinations in the country,” the TIEZA COO said.

Fifty percent of TIEZA’s share is mostly allocated to tourism-related infrastructure projects. The operational fees for the collection of travel tax are also sourced from TIEZA’s share.

It should be noted that almost 50% of the total gross travel collections were remitted through the airlines. Since TIEZA authorized Cebu Pacific Air in 2017 to accept travel tax payments for their passengers departing for abroad, 82% of their outbound passengers paid online.

“Through high-impact tourism infrastructure projects, we want to make sure that the travel taxes paid mostly by our Filipino travellers are all worth it,” Paragas stressed.

Through the reforms initiated since 2017, the gross travel tax collections for 2018 increased to P6.4 billion exceeding its five-year average collection of P5 billion. Latest data showed that gross tax collection was higher by 12.52% from the P5.68 billion collected in 2017.

Republic Act 9593 or the Tourism Act of 2009 provides that half of the proceeds from travel tax collection is accrued to TIEZA, while 40% goes to the Commission on Higher Education (CHED) and the remaining 10% is given to the National Commission for Culture and the Arts (NCCA).

In view of these milestones and continuing projects, TIEZA is further established as the builder of tourism infrastructures and facilities in the country to help boost the Philippines’ tourism potential, and in effect, contribute to the country’s inclusive growth and sustainable development. 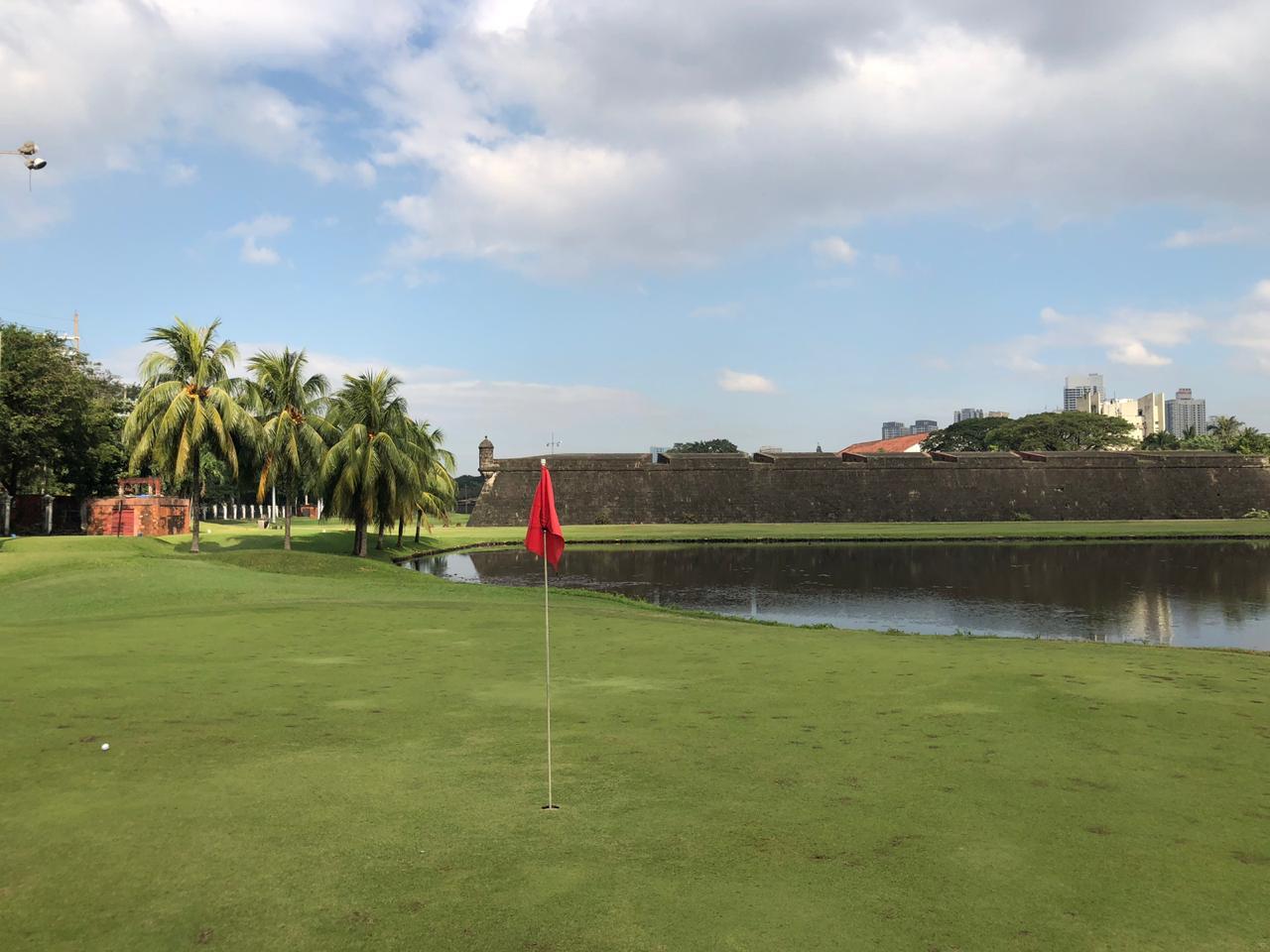 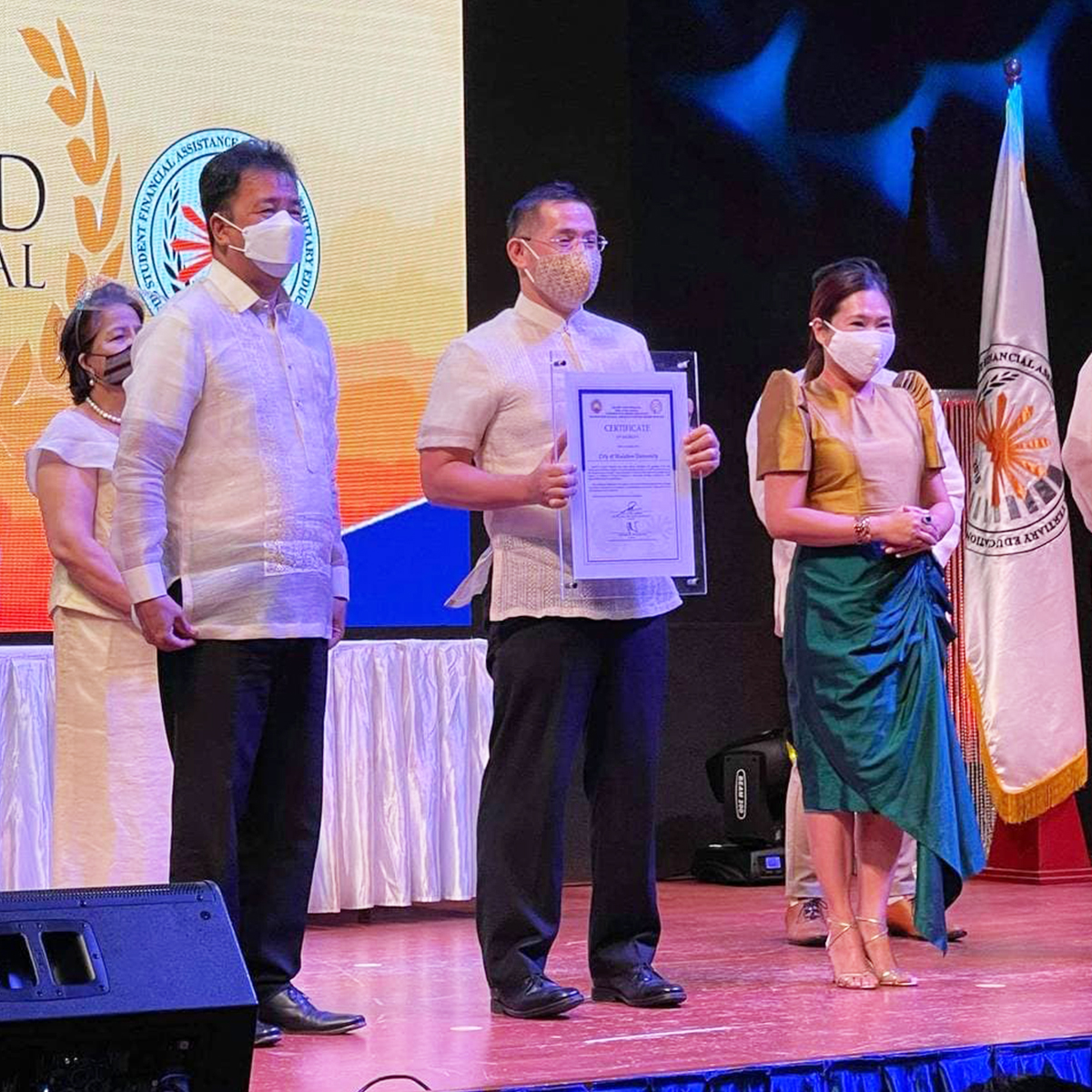 City of Malabon University receives Certificate of Eligibility from CHED 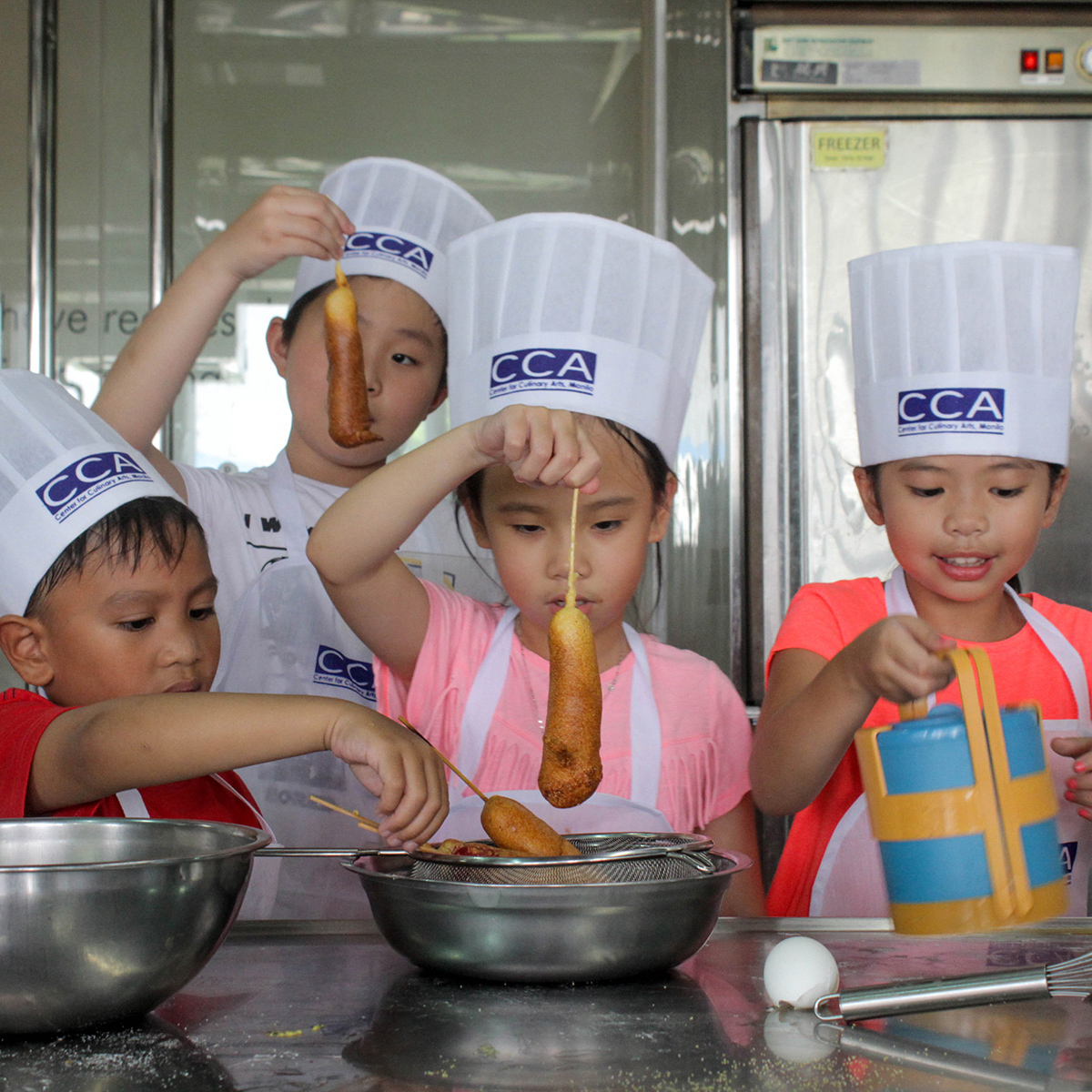 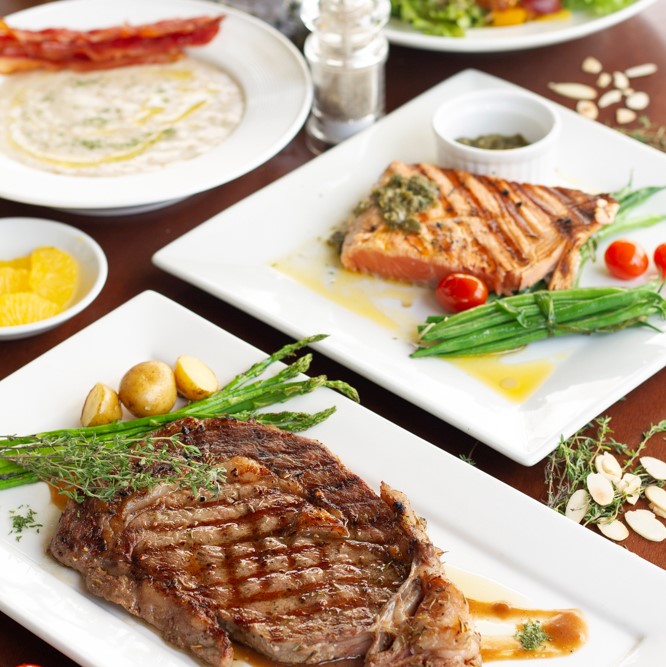 Light up the love at Cravings this Valentine's Day